Get me outta here!

What if Icarus traveled not to the sun but to a black hole? This 40-minute 62-piece orchestral work is a mesmerizing adaptation of Icarus at the Edge of Time, Brian Greene’s book for children. A re-imagining of the Greek myth, which brings Einstein’s concepts of relativity to visceral, emotional life, it features an original score by Philip Glass, script adapted by Greene and David Henry Hwang and film created and directed by Al + Al. Performed live with narrator Liev Schreiber and the Orchestra of St. Luke’s, conducted by Brad Lubman.  World Science Festival

A longer trailer of this show can be found at http://worldsciencefestival.com/videos/trailer_icarus_at_the_edge_of_time

Brian Greene’s Icarus at the Edge Of Time

Icarus at the Edge ofTime Interviews

With this post about Icarus at the Edge of Time, it is interesting to notice that the myth of Icarus is not only about fallen stars, angels, artists or what a world without poetry and compassion would only call losers. This book/show, principally geared for children, is about disobedience elicited by wonder. What is really different also from the other Icaruses I have portrayed so far, is that this Icarus actually survives his father by thousands of years: bitter-sweet learning for kids.

The festival shows that science is so much more than what kids often experience in the classroom — it’s not just facts and figures, but is instead a daring journey of discovery,” says Greene. “The ‘Icarus’ performance, melding music and film with the story of a courageous boy challenging a black hole, and suffering a fate that dramatizes one of Einstein’s greatest insights, captures this spirit.” 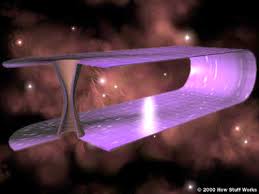 A hundred years from now? All new people.

…And this may happen in a few seconds for thousands of years at a time!

5 thoughts on “Icarus at the Edge of Time”